Whew, I am in way over my head! I’m sorry to do this but there will likely not be a standard cover or new VB demo/release by July 10th this year.

It feels odd to break habit, but unfortunately Aiko’s birthday is at a rather inconvenient time. I’m neck-deep in UTAUVision, Miku Expo is on the 12th for me and I’m in the middle of preparing for that. Also, commissions that need to get done.

I’m currently in the process of recording Aiko’s VCCV English, and at the time of posting this, I am only around 1/2 done with RockLoud on its own. Rather than rush things out and get overwhelmed, I’m putting things on hold until after Miku Expo DC. I don’t think I’ll be able to hit Studio VOXYZ’S anniversary on the 17th either, so instead I’ll aim for the tail end of a July to post a nice big thing!

Now this doesn’t mean I won’t be doing ANYTHING for Aiko’s big day. I do have a small something planned, nothing too radical just a cute throwback that I’ve been meaning to post for a while.

So please wish us luck! So much to do so little time!

The Studio VOXYZ Storenvy now has a limited stock of Kikyuune Aiko acrylic keychains! They’re printed front and back with both of her costume designs between double-board acrylic, and they’re $7 (plus shipping)! 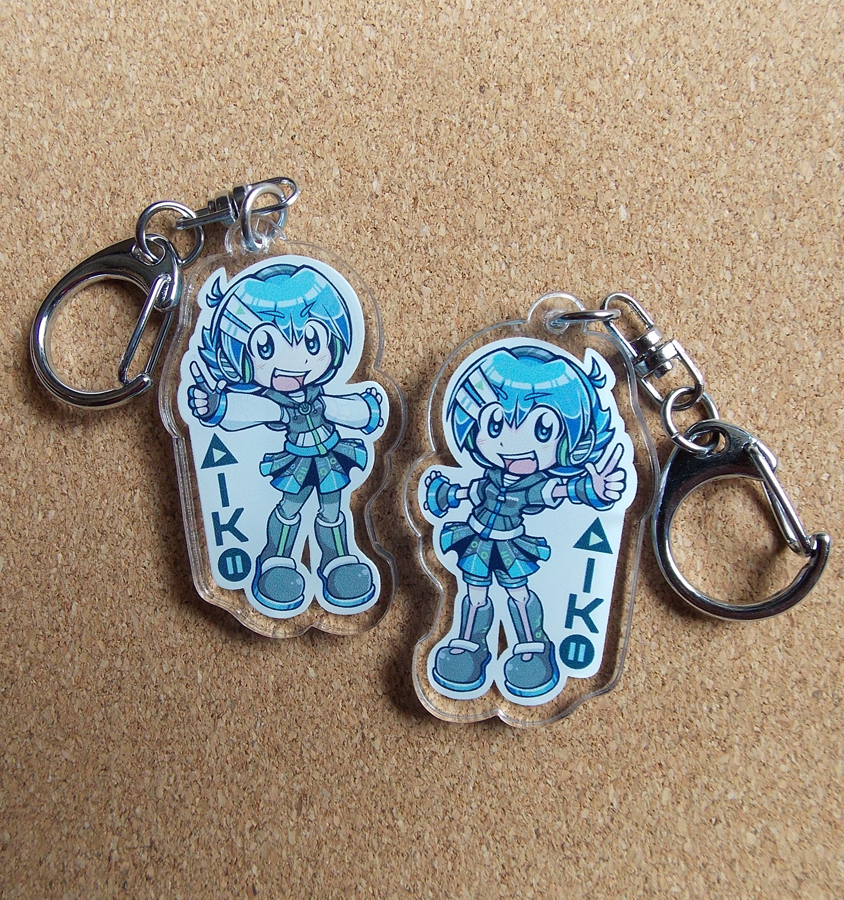